The Marie Ann Longlade School of Dance can provide your child with a warm, friendly atmosphere where hard work has been combined with a lot of fun since 1965. Beyond simply the art of dance, we focus on self-confidence, self-discipline and physical fitness. Our instructors are passionate about helping our students discover their own unique strengths and applying them to our lessons.

MALSD is one of the leading and longest running dance institutions in Mississauga. At our school, we aim to encourage a widespread love of dance, welcoming children and adults who can’t help but feel the rhythm! Established in 1965, we aim to create a positive, welcoming environment which is encouraging for all.

Founded in 1965, the Marie Ann Longlade School of Dance is a registered educational institution formed to help cultivate a love for dance and the performing arts in children as young as two years of age.

Over the past five decades, we have produced a host of successful dance teachers and professional entertainers on screen and stage. One of our students has even gone on to be a Radio City Rockette!

A registered educational institution, Marie Ann Longlade School of Dance has been cultivating a love of the arts in children for over 55 years. Our friendly environment and team of encouraging and highly experienced instructors make us one of the best dance schools in the area. From ballet to tap to hip hop, our classes offer your child a wide variety of creative outlets. Many of our students have gone on to be dance teachers, technicians in theatre or TV and professional entertainers on screen and stage. One of our former students has even gone on to be a Radio City Rockette! We take students as young as two years old, but we also offer adult dance instruction.

Dance Is the Hidden Language of the Soul

We believe that children are capable of accomplishing amazing things when given the tools, support, and platform to cultivate their gifts. This is precisely the reason we didn’t stop at just providing world-class dance instruction to our students. We made it a point to also create a fun, encouraging environment for them.

Our vision is to create a world where everyone can access the magic of dance. We have witnessed first hand how dance can build character, confidence and friendships. This beautiful, enriching sport is an incredible tool to teach body awareness, self-discipline and teamwork. Through our service of teaching dance, we strive to provide exceptional coaching and leadership to our students. While striving to instill the importance of etiquette and manners, we also focus on good self-esteem and positive body image. 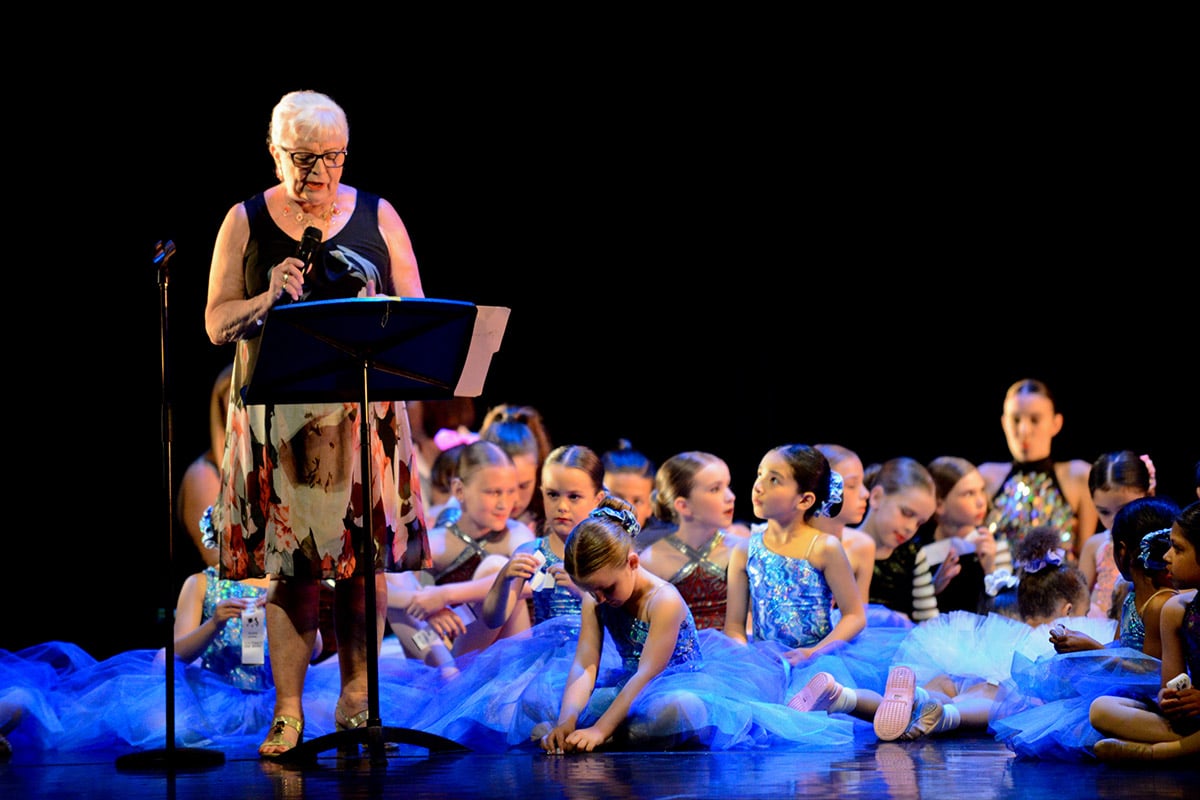 At MALSD, our mission is to foster a life-long love of dance. When teaching any style or age group, we strive to provide exceptional leadership to our students, building talent and developing life skills such as discipline and respect. As we believe a person never stops learning, we work hard to ensure our approach extends to all our students, from children to adults. We’d love you to be a part of our studio and join our mission to positively reach our community through dance. 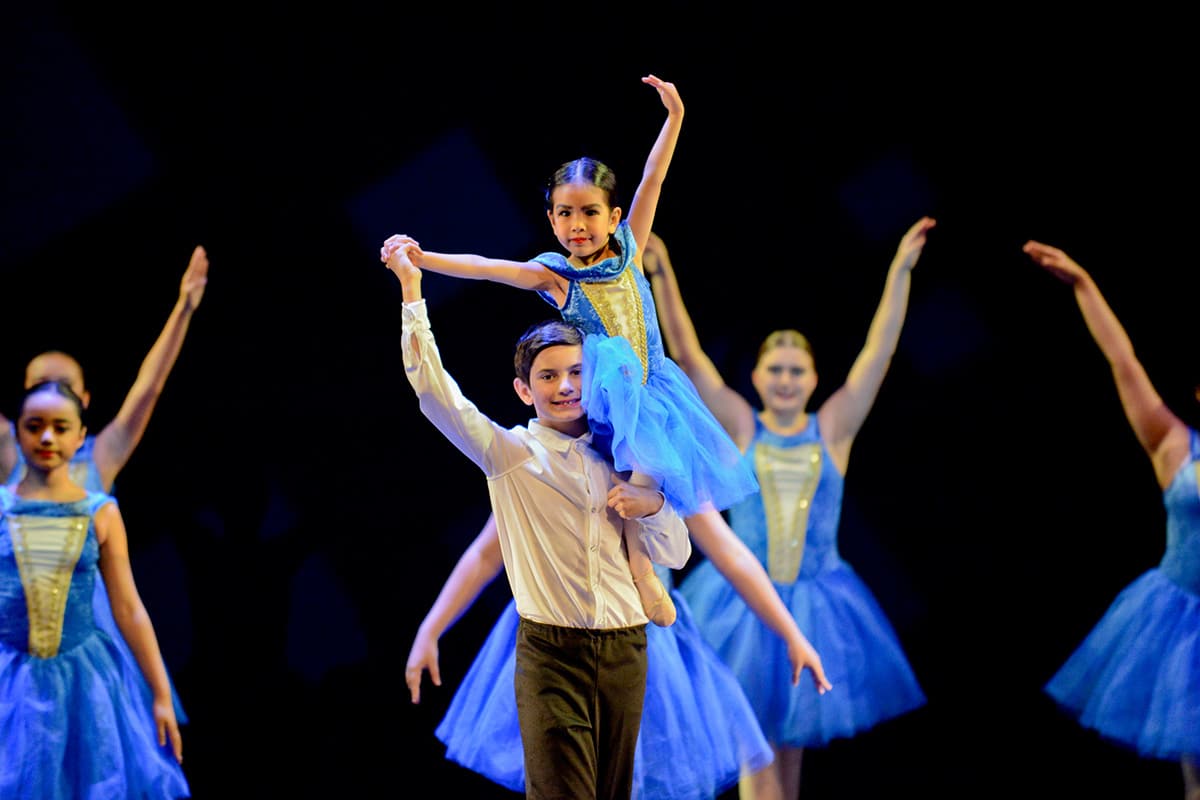 At MALSD we believe in: 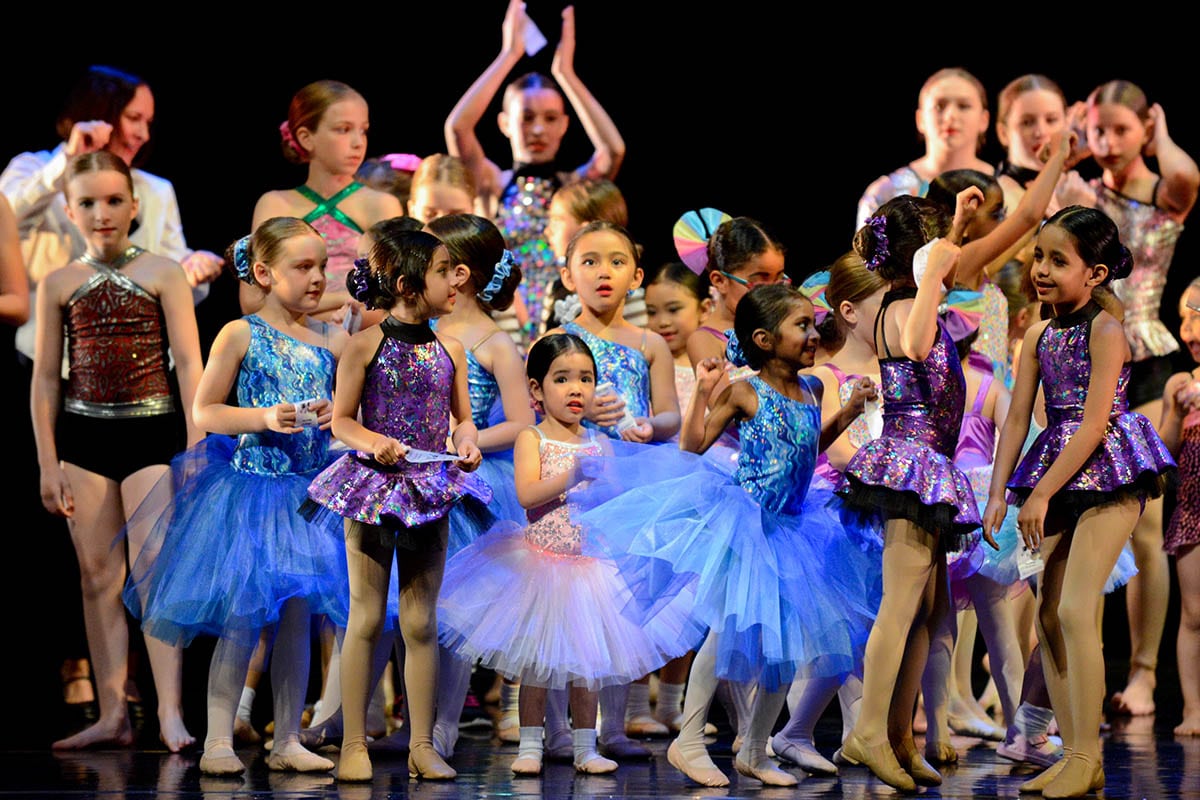 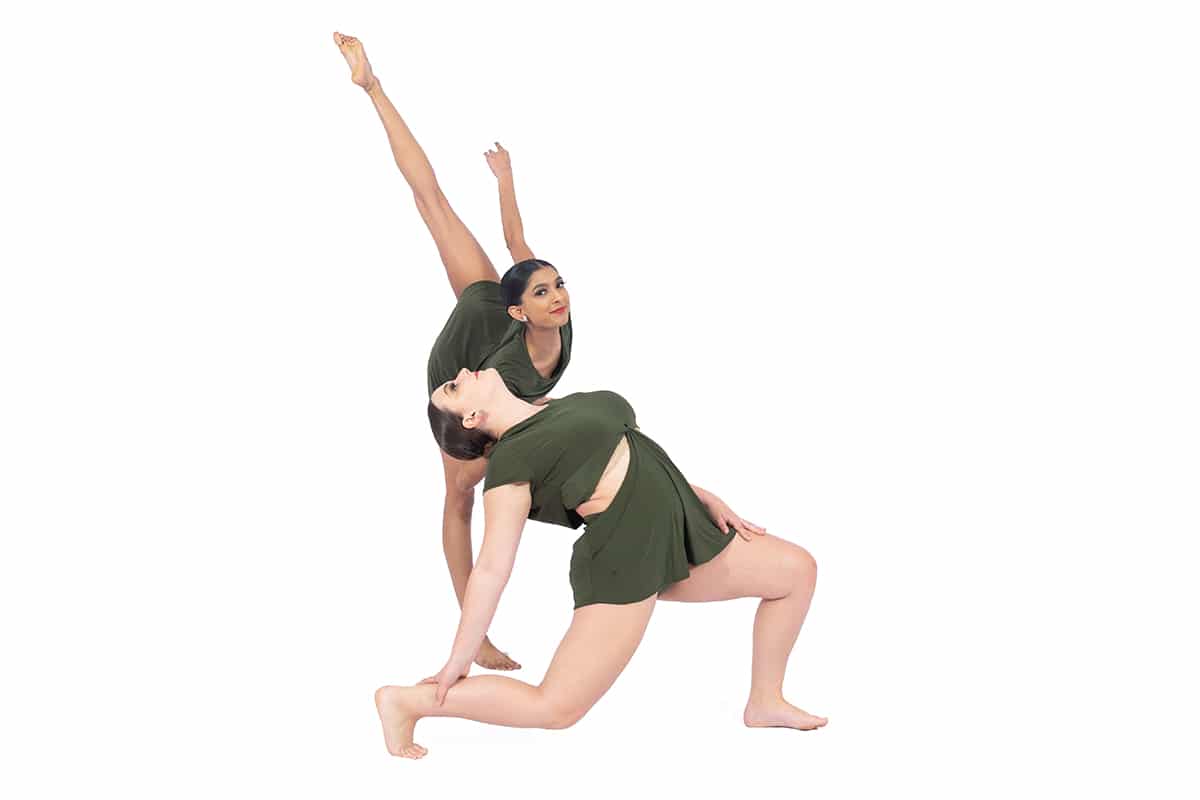 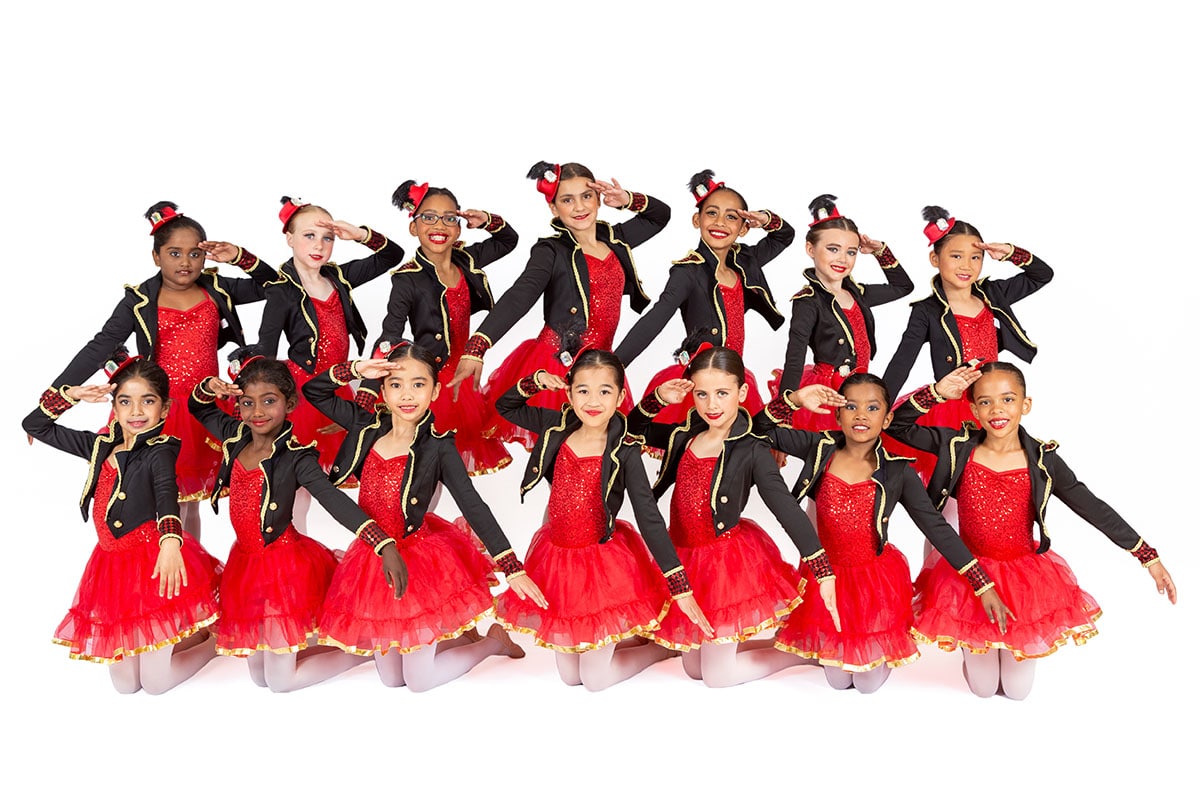 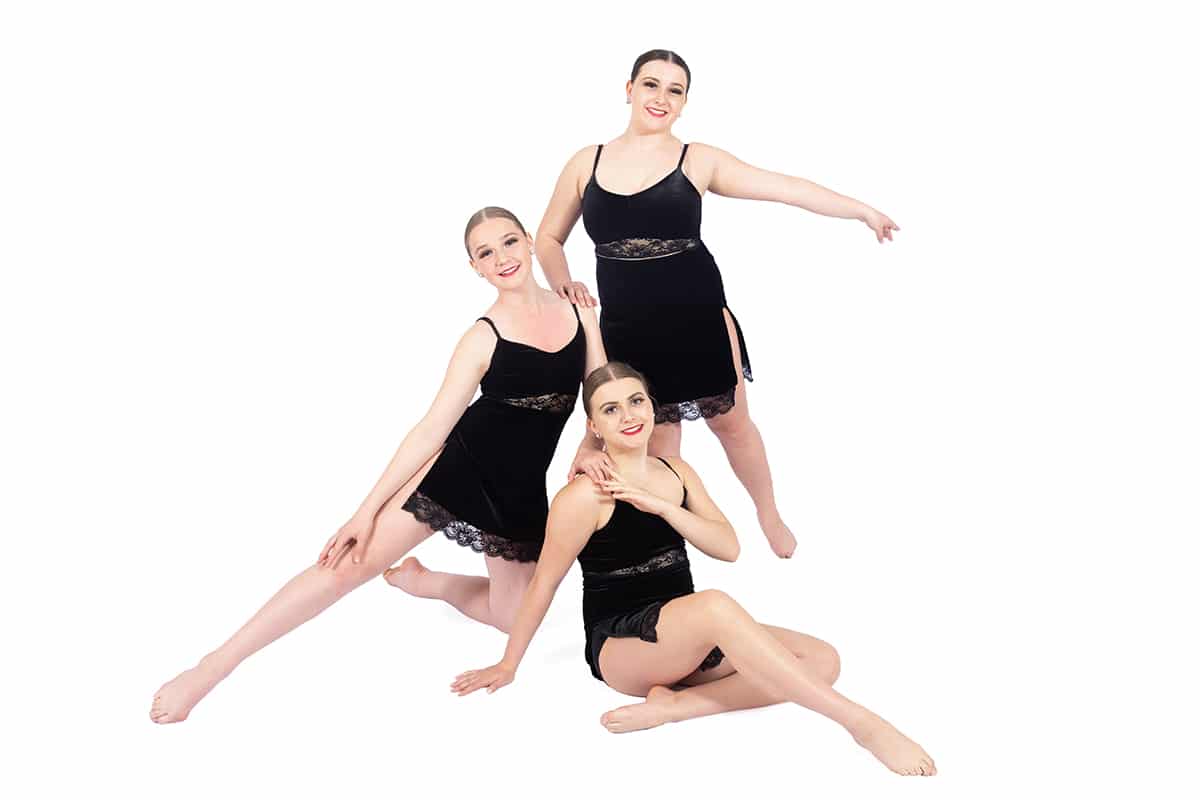 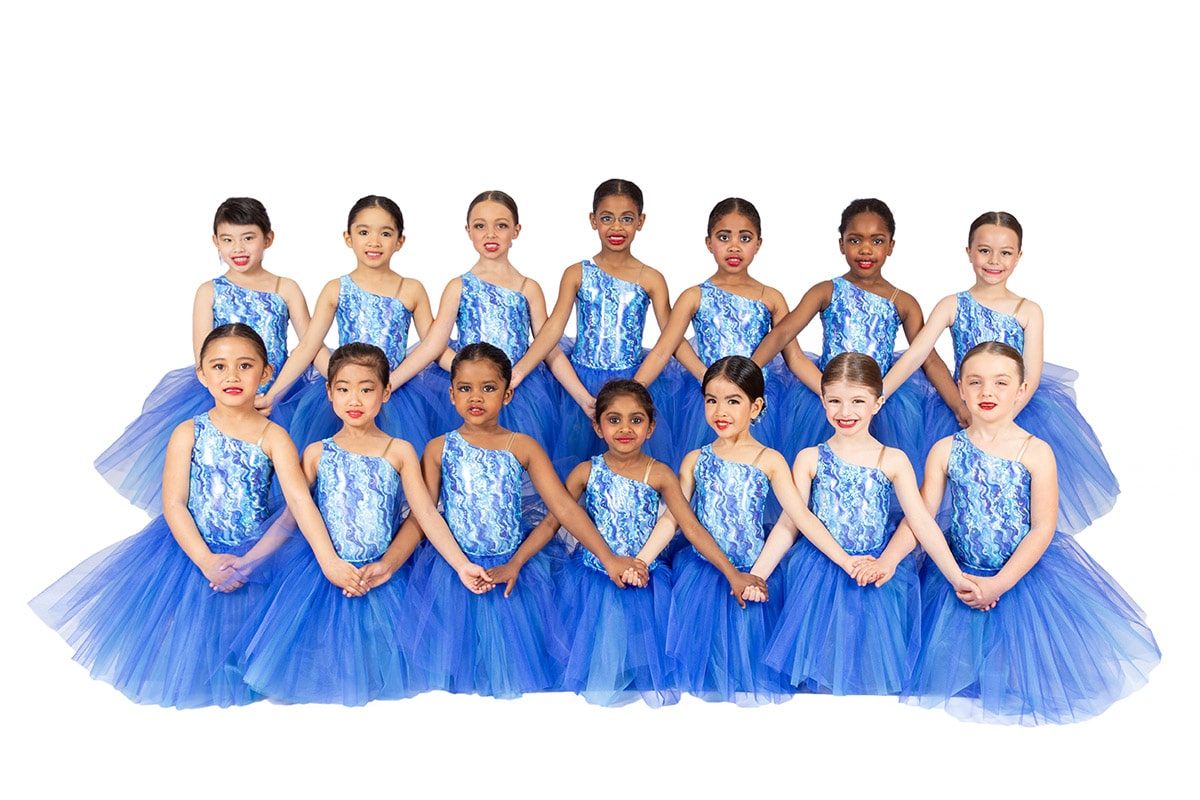 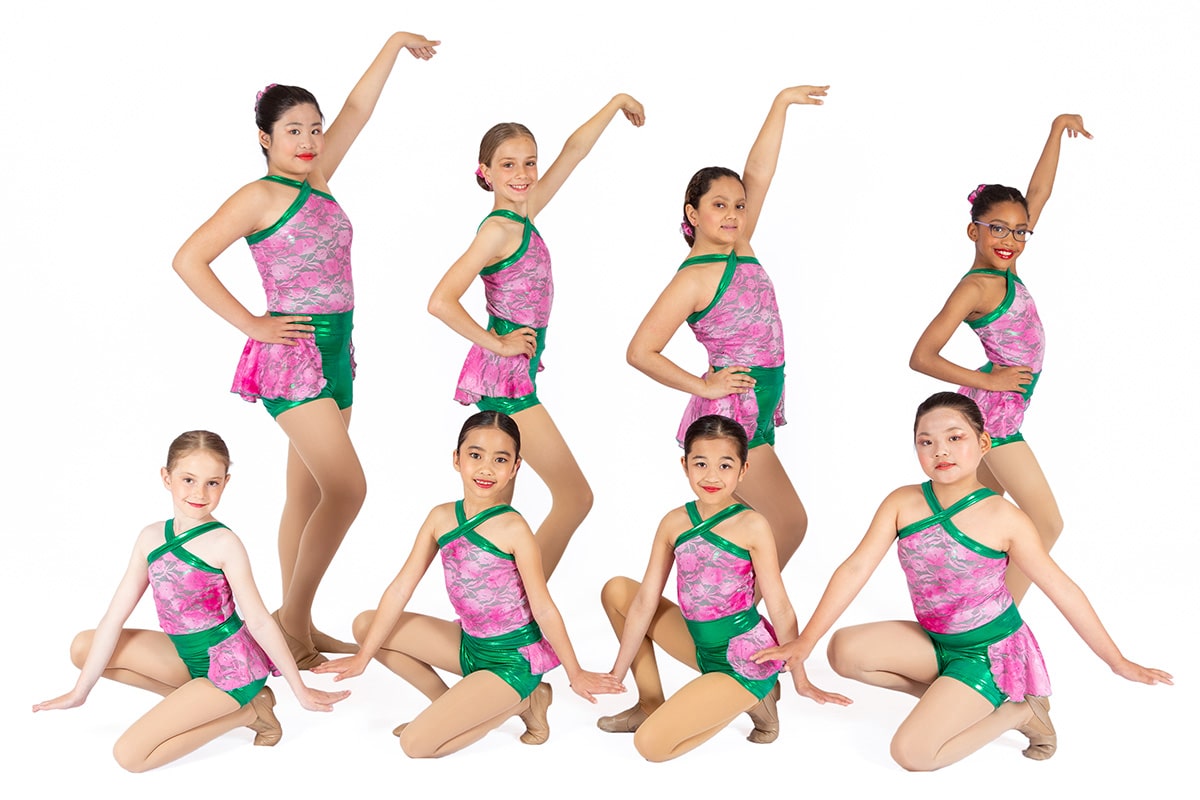 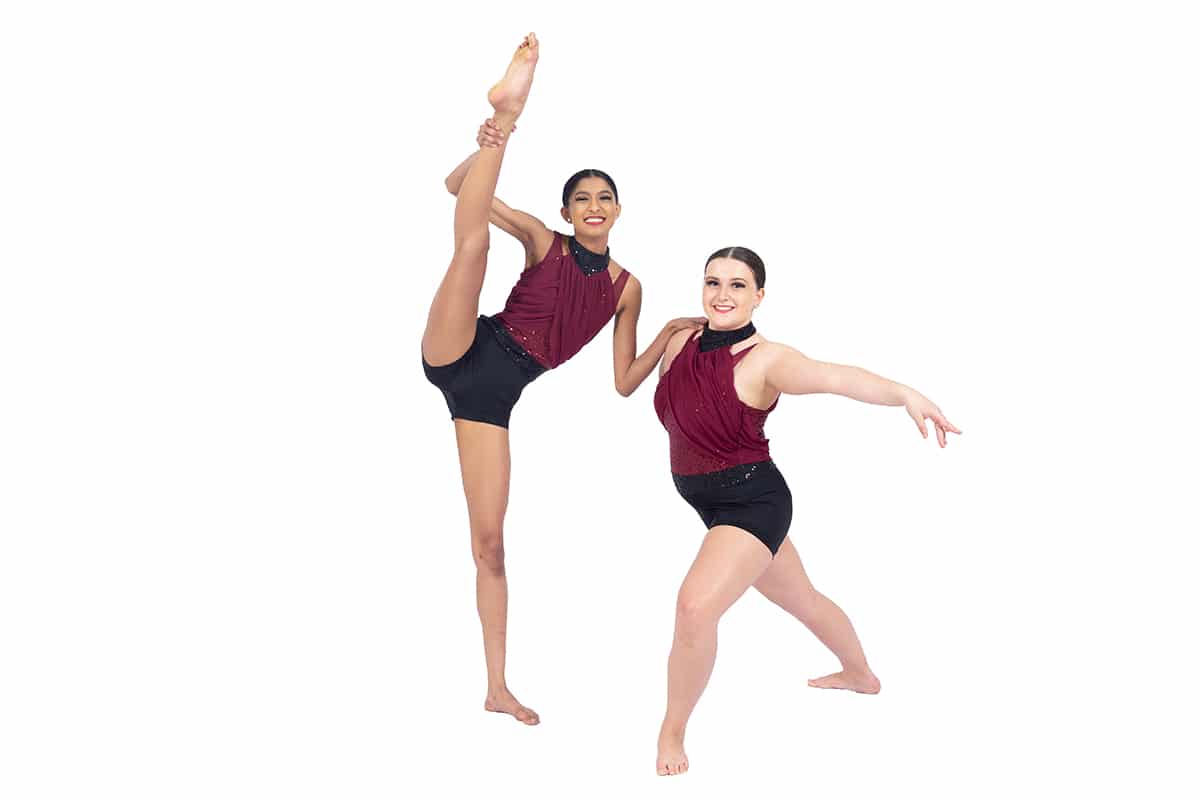 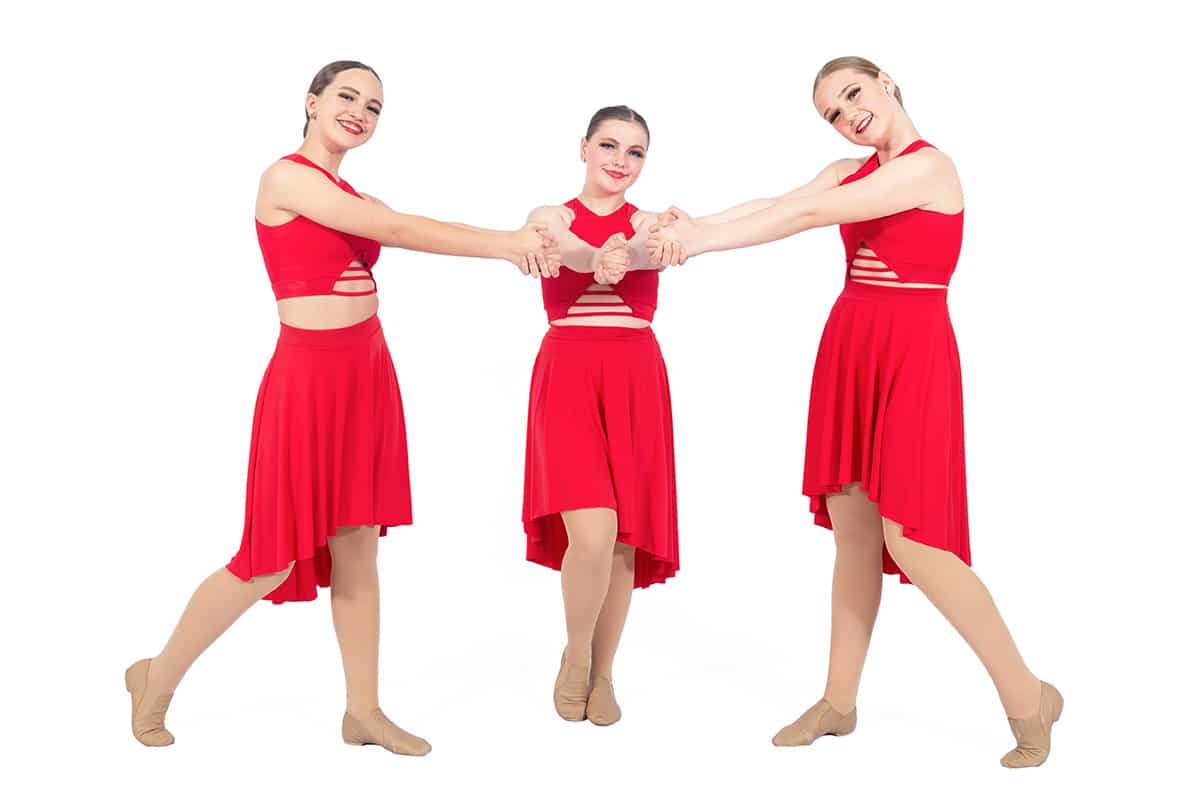 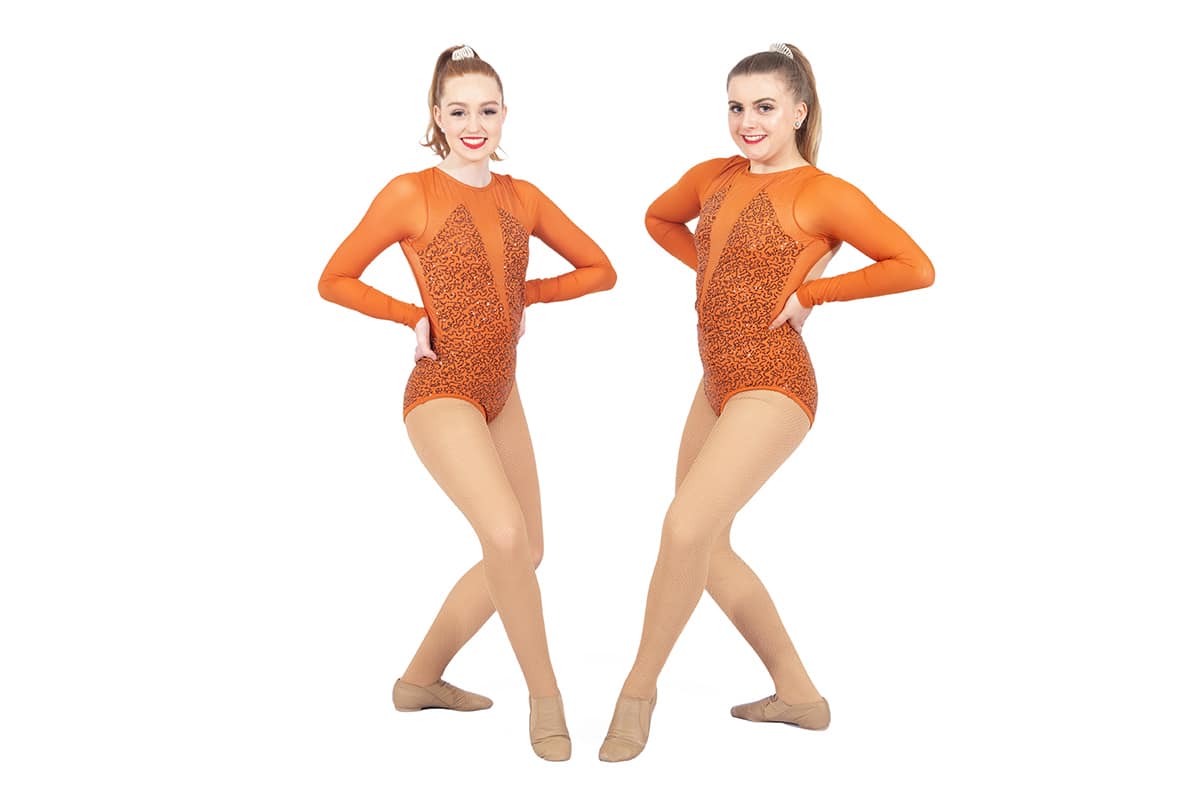 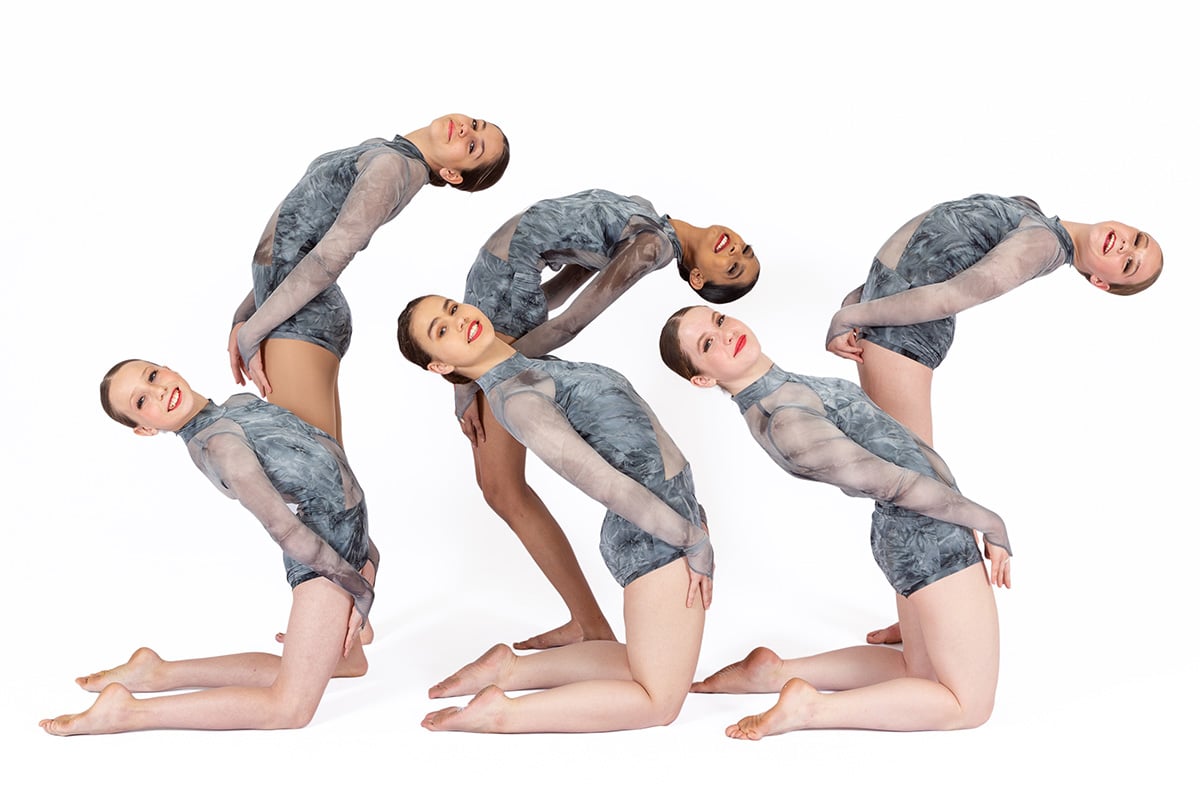 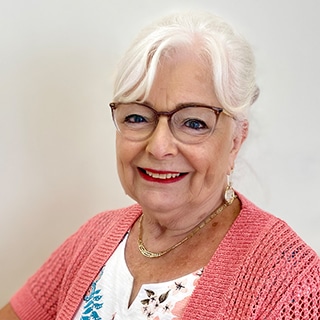 Marie Ann has decades of experience as a professional soloist in ballet, tap, jazz, acrobatic, highland, and baton performing. She created the school to help bring dance to a new generation of young people.

In her approach to teaching, she focuses on developing self esteem, high energy levels, and quality dance skills in her students. It was this dedication to her students that earned her the Mississauga Arts Dance Award in 2001.

Marie Ann is the proud mother of eight and has 17 amazing grandchildren! 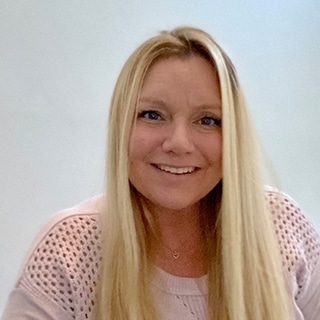 Daughter to Marie Ann and mother of two, Lee-Ann has travelled across the United States of America to study and compete in dance. She also has taken dance examinations with CDTA in Ballet, Tap, and Jazz, including her teachers.

She got her degree in Social Service and post-graduate degree in Educational Assistant at Sheridan College.

She has been a staff member of the school since 1998, teaching ballet, tap, jazz, and acrobatics and has successfully entered students in competitions across Canada and USA, as well as in examinations with the CDTA. 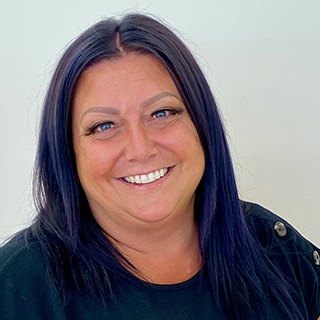 Another one of Marie Ann’s daughters and mother of three, Gail possesses a lifelong passion for dance. She was a C.N.E. Rising Star Finalist in 1988 and was able to travel and study in Canada and the US, thanks to several well-earned scholarships and awards through the Dance Educators of America, Sheer Talent, Believe, and Ontario Dance Challenge.

She has been an associate teacher at our school since 1990, and her students have been successful in competitions throughout the country and the States. 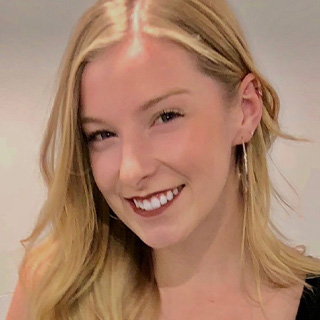 Sydney found her passion for dance at age five, training extensively in a variety of dance styles including classical ballet, tap, jazz, contemporary, modern, musical theatre, and acrobatics. She competed with the Longlade Dance Company for twelve years in Canada and the United States receiving many overall awards at Regional and National competitions. During this time, Sydney received full scholarships to Dance Educators of America’s Summer Ballet Intensive at the University of Nevada, as well as Sheer Elite International’s Summer Ballet Program.

Sydney received an Honours Bachelor of Science from Wilfrid Laurier University where she was Captain and Choreographer of the Competitive Dance Team, leading and training with a team that was highly recognized and awarded at varsity-level competitions across Ontario. Most recently, Sydney completed her Master of Biomedical Science at the University of Guelph. Sydney is an Associate Member of the Canadian Dance Teacher’s Association certified in Classical Ballet, a certified strength and flexibility coach through Alixa Flexibility, and a proud member of the Professional Adjudicators Alliance.

Sydney has been a teacher, choreographer, guest instructor, and adjudicator at studios and competitions across Ontario for the past eight years, and has been recognized for her choreography at competitions across North America. Performance opportunities have taken Sydney to several notable locations including Downtown Disney World’s Mainstage, the Miss Universe Pageant, and Boots & Hearts Music Festival. 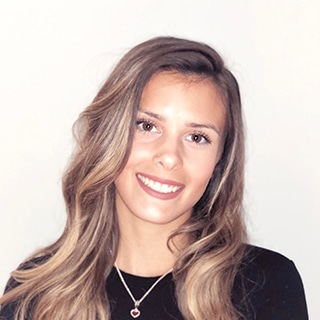 Vanessa danced at the Marie Ann Longlade School of Dance for 16 years and was a part of the competition team, receiving numerous awards and scholarships. She also attended Cawthra Park Secondary School for their dance program where she studied ballet and modern dance.

Vanessa has a Bachelor of Social Work degree from Ryerson University, a Master of Teaching degree from the University of Toronto – Ontario Institute for Studies in Education, and is now an Ontario Certified Teacher. She has experience teaching students in the primary and junior divisions in various schools, where she has planned, implemented, and assessed dance units and lessons based on the Ontario curriculum expectations. Vanessa also has experience as a gymnastics instructor for children aged 19 months – 12 years old, and a lead camp counsellor for children aged 4 – 8.

Vanessa has completed Intermediate Classical Ballet Examinations with CDTA and the Cecchetti Society of Canada, and has also successfully completed her Associate Ballet Membership with CDTA. Vanessa has been teaching at the Marie Ann Longlade School of Dance since 2014, and continues to strive to become a more experienced and knowledgeable dance educator. 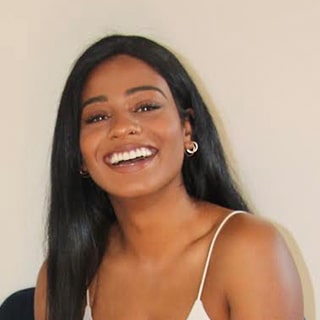 Tamya began her dance training at the age of 6 at the Marie Ann Longlade School of Dance. Throughout her years of dancing, she training in various styles including ballet, tap, jazz, hip-hop, latin, contemporary and more.

Tamya was also a member of the studio’s competitive team where she competed across Canada and the United States and has received numerous awards and scholarships. Currently an Affiliate member of the Canadian Dance Teacher’s Association, she has also successfully completed many examinations in ballet, tap and jazz and is training to become a Full member.

Tamya attended Cawthra Park Secondary where she took part in the Regional Arts Program majoring in dance. She was able to further her dance education by studying RAD ballet and Limon and Graham modern techniques during her secondary school years.

Tamya is now a student at the University of Guelph-Humber, completing her Bachelor’s degree in Early Childhood Studies. This will be Tamya’s seventh year instructing and choreographing at the Marie Ann Longlade School of Dance, and she is beyond excited to share her passion and love for dance with her students. 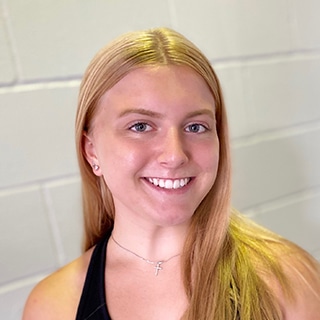 Gail’s eldest daughter and one of Marie Ann’s granddaughters, Paige began dancing at the Marie Ann Longlade School of Dance at the age of two. She has since successfully passed all student examinations in tap and jazz and is now preparing for her advanced ballet examinations with the CDTA and associate teacher examinations.

Paige is currently a part of the Longlade Dance Company team and has competed in ballet, tap, jazz, lyrical, contemporary, pointe and hip-hop in Canada and the US, receiving numerous awards and scholarships along the way.

She is also currently a senior student at Mayfield Secondary School where she is majoring in Dance. 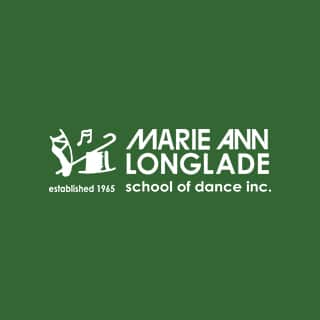 A seasoned performer, choreographer, and dance educator, Marisa began training at the Marie Ann Longlade School of Dance in 1992 and has since learned advanced tap, jazz, ballet, lyrical, modern, contemporary, and musical theatre. These days, she continues to expand her dance knowledge by taking classes wherever she travels and holds certifications from the Cecchetti Association, CDTA and RAD.

As a teenager, she studied piano and voice, knowing that these talents would help advance her career someday.

She has since competed throughout Canada and the United States, winning numerous scholarships and awards along the way. She is also a proud member of the Canadian Actors’ Equity Association, ACTRA, and the Professional Adjudicators Alliance.

In 2008, she graduated from Ryerson University’s Theatre Dance Program with a Bachelor of Fine Arts Degree with Honours.

Her professional performing career has taken her to many exciting places. Upon graduating from Ryerson, she set off to sail the high seas with the Disney Cruise Line as dance captain, making magic and sharing the stage with some of the most famous Disney characters.

Back on land, she has had the opportunity to perform for a number of professional theatre companies across Canada, most recently completing her debut season at the Stratford Festival. She also appeared in:

She has also taken on the role of Associate choreographer for Drayton Entertainment and Assistant to the Director at Stage West.

A graduate of the Marie Ann Longlade School of Dance and associate stage member of the CDTA, Christina has competed in both Canada and the United States with the school’s competitive team, winning several awards and scholarships to continue her studies in New York and Las Vegas along the way.

She went on to graduate from the University of Toronto where she served as a dancer and choreographer for the Silhouettes Dance Company.

Christina has completed many examinations in ballet, tap, and jazz with CDTA and ballet examinations with the Cecchetti Society of Canada. 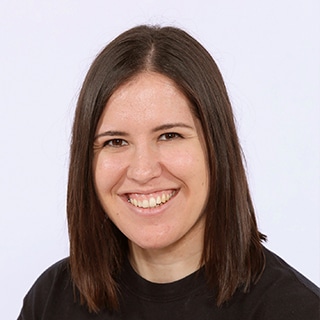 Emma began dancing at the Marie Ann Longlade School of Dance at the age of 3. She joined the Longlade Dance Company at the age of 6 and danced competitively until she was 18. During this time, Emma trained in various styles including ballet, tap, jazz, lyrical, acro, and musical theatre. She competed with LDC across the United States, receiving numerous awards and scholarships.

Emma has successfully completed many examinations in ballet, tap, and jazz, and is an Associate Member with CDTA. Emma attended Etobicoke School of the Arts as a dance major, studying ballet and modern dance. Emma has an Honours Bachelor of Science from McMaster University, where she was a choreographer and executive member for Mac Dance’s recreational team for 3 years. She also has a Master of Science in Occupational Therapy from the University of Toronto.

Emma works as an Occupational Therapist with children and young adults, including work with The Dance Ability Movement, where she focuses on inclusive and adaptive dance programming for dancers of all abilities.

Cultivate Your Child’s Love for Dance